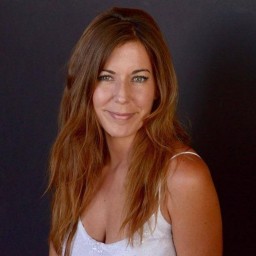 Learn about how Advanced TRS can help you and your family. Advanced TRS utilizes Nanotechnology meaning that the particles are super small - small enough to cross the blood brain barrier and remove heavy metals and other toxins from the brain.

Here is the transcript for Dr. Tracy Holdford discussing Advanced TRS below if you'd rather read it instead of watching the video.

"There are several studies we talk about.And the one that I really want to start off with was in The Journal of Neuropsychiatry.

And this is, you know again, The Journal of Neuropsychiatry and Clinical Neurosciences, that talked about removing lead can improve the performance and behavior of kids with ADHD.

This again a 2013 study, but they're talking about the reality that behavior modifications simply from removing one single heavy metal work.

The other study, and this was something we really try to get into very heavily, is talking about how safe is it in this product? Because this product does go across the blood brain barrier and it's designed to, but there was a study that was done on Nanotechnology, Nanotoxicology, and Neurosciences.

I have a personal belief that when you're talking about, for example, a study with ADHD removing lead, that it starts with the brain tissue and getting things cognizant again.

There are studies ongoing now as we speak. They are starting to work with that. So far they're having trouble getting parents to sign up their kids for the study. Kind of scary.

But when you talk about this and their conclusion, we expect to see more work on blood clotting, antibacterial agents using zeolite, studies that are going to be using controllable systems to target internal head injuries, another type of internal wounds, it has shown us a lot of promise that zeolites work.

One of my experiences in my practice, I don't have a huge number of kids with Autism. I've got a couple and one of the young men that I'm working with really has what's called Leaky Gut Syndrome. And that's part, I think very strongly a part of his Spectrum Disorder. I can't prove it, but that's what I believe.

So I found a study, The Effects of Zeolites supplementation on parameters of intestinal barrier, integrity, inflammation, read Doug's biology and performance and it robotically trained subjects.

That alone is enough to cross your eyes just from the title, but what you found out in this study is I took highly trained athletes. These are the top premier athletes. These are your Olympians. These are like your Tour de France type athletes and people don't realize these are very bittle health people. They don't have good health. The way they train, the way they eat, everything else, they have a lot of Leaky Gut Syndromes. And what they found out is that the Zeolite took out the protein that causes Leaky Gut and it's proven in this study.

So, can they help your child? I don't know, stands a good chance of it. And it didn't just do it a little bit. It was an exponential increase in the amount of proteins it took out for Leaky Gut. It was huge. There's also one of the quick studies I don't have on here, but it's a pilot study on the ability of zeolite to absorb ethanol in Vivo in healthy drinkers.

And this is an exciting study, not because we're feeding the people Everclear and Moonshine, but because for the first time they proved that zeolites would take out a truly, simple organic sugar compound that's very detrimental to your brain health, and to your system and your biology. It's the first time they've proven that it would do that. That's very exciting. Again, these were healthy individuals.It was talked about as far as the amount and in the process. It was a randomized double blind placebo controlled trial of 52 people. So it was not a small study. They had a (and this is a technical term) a p less than 1.01, which is a big deal in statistics.

That means that they would, that doctors could use this and give this to their patients. As you go through this and you go through these studies, you look at the titles and it's really hard to figure out what's really going on. So when I talked to the people, I say about the studies, and I say, please go to pub med and read the conclusion. And try not to get too caught up in the details because it's all technical legal stuff, but read the conclusion and then try to figure out if it fits for you or not.

But the prenatal air pollution exposure and that direct link to Autism is something that, and I'm going to say this, because authors have proven with that study that there is a definite link between that pollutant and Autism Spectrum Disorder. Their solution? Stop Breastfeeding, which I definitely disagree with. I don't agree with it at all. I think using zeolite, a product like advanced TRS, to detox your system ahead of time, and continued detoxing is a simple, elegant way to go through this. It's a very simple, elegant way to continue this for lifelong health."

I hope you enjoyed this video of Dr. Tracy Holdford on Advanced TRS. You can find similar videos by Smarter Focus by clicking here.

You can order Advanced TRS by clicking here.